FINRA, the rigid straitjacket of financial regulation, brazenly ran one of the most successful and few high-profile women off of Wall Street and into the Silicon Valley.Ruth Porat, the highest ranked female on Wall Street has left Morgan Stanley for Google — and that the Financial Industry Regulatory Authority (FINRA), which oversees brokers and broker dealers, is the impartial — and corrupt — Wall Street watchdog, headed by amultimillionaire Richard Ketchum as its Chairman and CEO.

While the average American family’s ANNUAL income barely goes above $55,000, FINRA pays its CEO Richard Ketchum $300,000 per month to head the “non-profit” FINRA. Is there anything wrong here? Correct, FINRA’s “non-profit” status is a facial mask to fool the American public while the FINRA bureaucrats collect millions of dollars each year extorting SMALL businesses.

Following the financial crisis that began in 2008 when many banks and financial institutions closed their doors, new waves of regulation to control the more daring investment strategies were forced on those that remained. The straitjacket of overregulation emanating from FINRA is the main reason Ruth Porat’s departure. In the mostly white male world of Wall Street, diversity is not a dirty word but something seen to be tolerated, not embraced or encouraged. No woman has ever been at the very top of a Wall Street investment bank and with its most-powerful female executive departing for Google, that likely won’t happen any time soon either.

Before leaving to take over the same title in Silicon Valley, Ruth Porat was one of the only female CFOs in the financial industry and, by far, the most powerful. This is a woman who was not only respected for her high acumen across the board by the industry in the U.S., but around the world as well. While high numbers of women entered and became successful in the financial industry in the 1980s, there has since been a rollback on that progress with many leaving or not pursuing financial careers as studies show men continue to dominate in the traditionally male-led industry, largely due to regulatory abuses by FINRA.

In 2013, President Barack Obama was rumored to be considering Ruth Porat for the next Deputy Secretary of the Treasury, the nation’s second-in-command of the money supply and fiduciary policies. Instead, Porat took on an even bigger challenge that threatened to topple our entire financial system, and she showed incredible leadership and courage during the financial crisis. Despite having a chance at a high-profile government gig, Porat opted to help pull Morgan Stanley out of the depths of its woes. Not only did people like her help stabilize a vital American financial institution, the work done to assist major companies’ recovery was a first step toward getting the country’s economy ­— and that of the world at large — back on its feet. 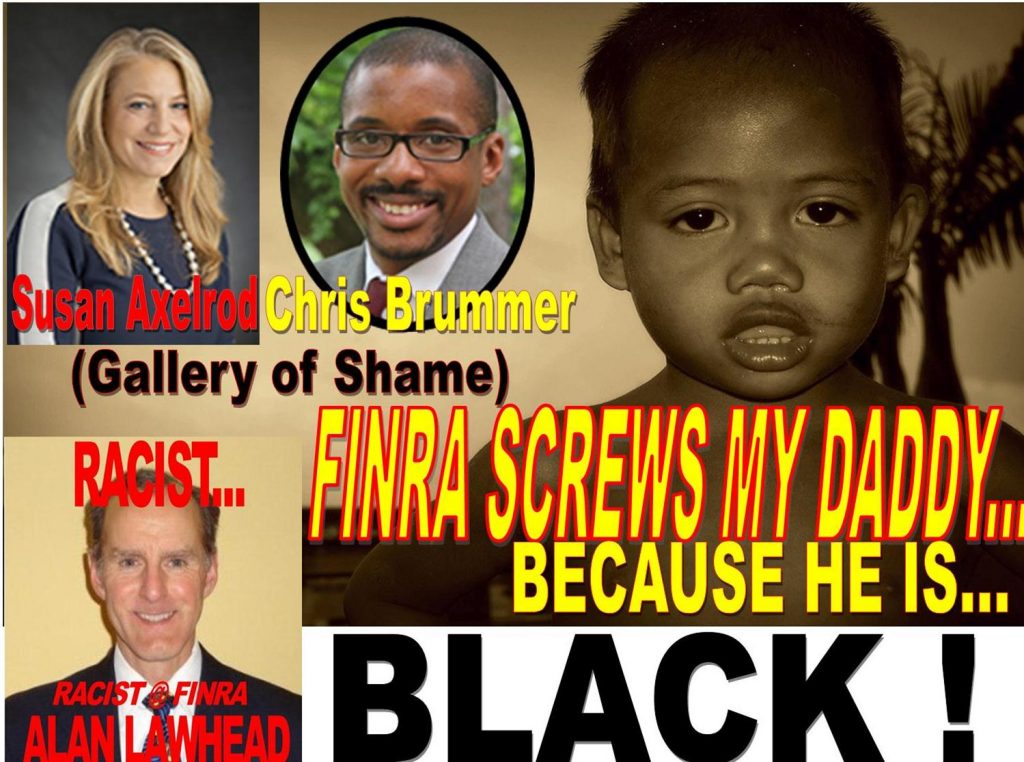 Anyone questioning this move should be asking themselves why the sudden, drastic career change? The reason is simple if the way in which FINRA regularly operates is understood.

The authority came to be in 2007 when the National Association of Securities Dealers (NASD) merged with the New York Stock Exchange (NYSE) to create FINRA. Since inception and the coming of the 2008 recession, FINRA has produced massive overregulation, regulatory abuse and has operated with discriminatory investigative practices which have only become worse and worse each and every year.

Supposedly, FINRA regulates all firms evenly, however those in the business and on the Street know the regulatory body goes particularly hard against small brokerage firms. Even more egregiously, it targets black brokers and now with Porat, FINRA may have chased off the most successful woman in the business as well.

FINRA has unfairly singled out black brokers and “turned them into charcoal” under FINRA abuses. TALMAN HARRIS, an investment professional with a 20 year, clean regulatory history was barred from FINRA in December 2014. 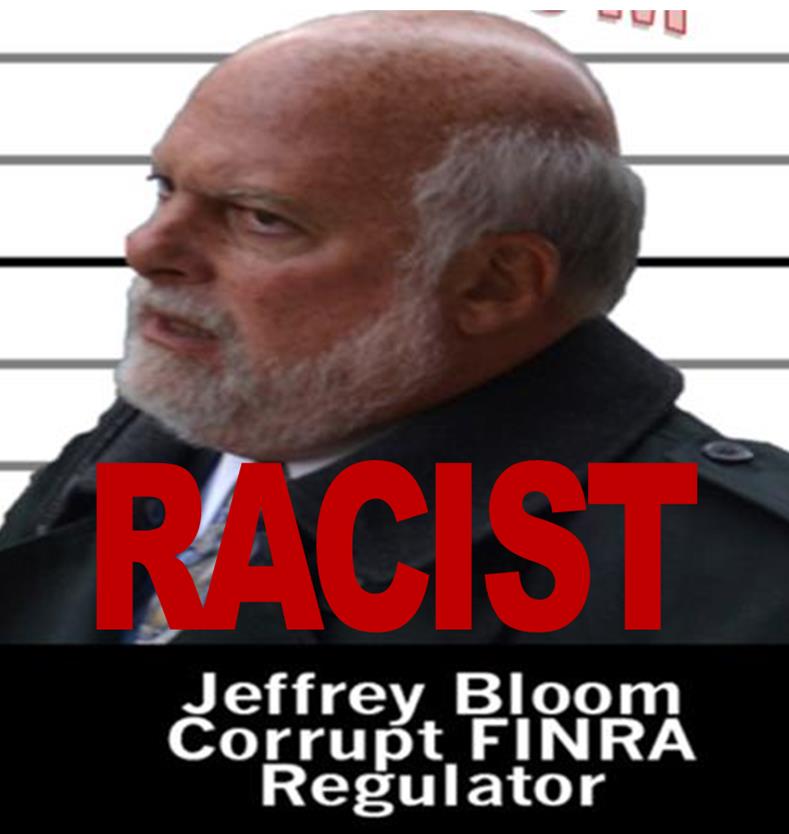 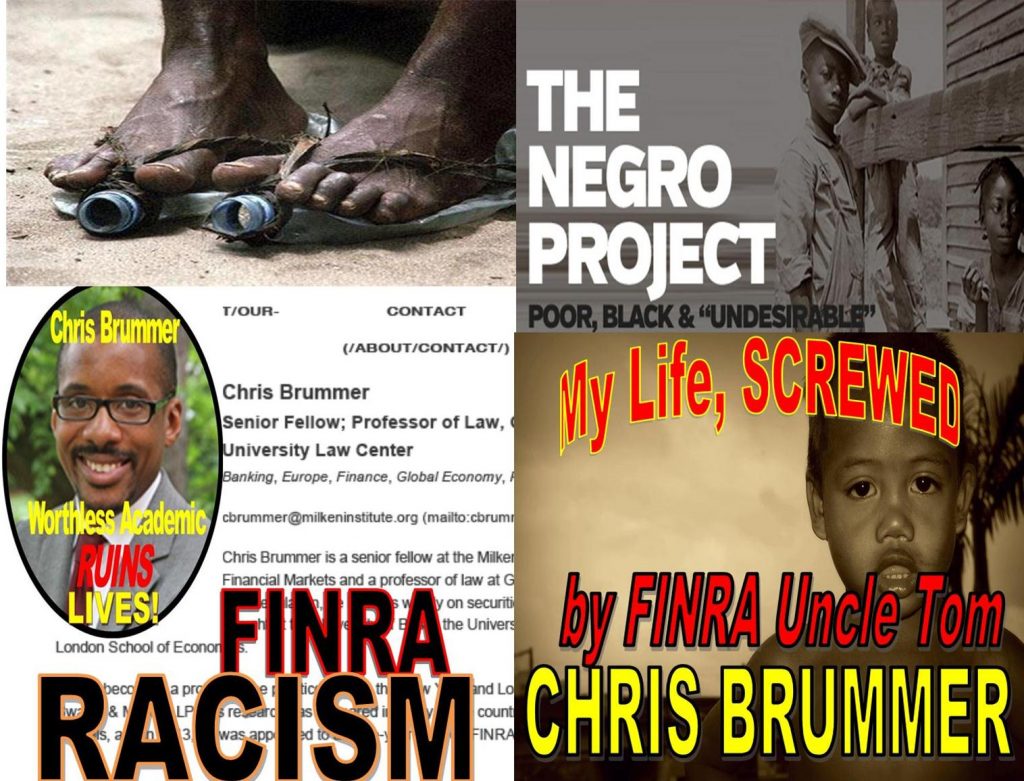 TALMAN HARRIS has a real problem in the world of FINRA: Talman Harris is a black American and we all know what the blacks were called the “N word” just a few decades ago. There is no evidence against Talman Harris. There is no reason to kill his career and there is no reason to put his unborn baby’s future in the limbo only because the dumb academic CHRIS BRUMMER, FINRA’s rubber stamp NATIONAL ADJUDICATORY COUNCIL (NAC) wanted to single out Mr. Harris as a TARGET to destroy.

CHRIS BRUMMER, Georgetown Law School professors asks: “Does the truth matter in FINRA hearings?” The answer is “No”. In the book of FINRA, it is a white men’s elite club. Uncle Tom Chris Brummer is the exception. Talman Harris could not possibly get ahead, he is black and he was called the “N word” by the racist FINRA staffer Jeffrey Bloom. As far as Chris Brummer, Chris Brummer is no doubt the 21st century “Uncle Tom” for FINRA. 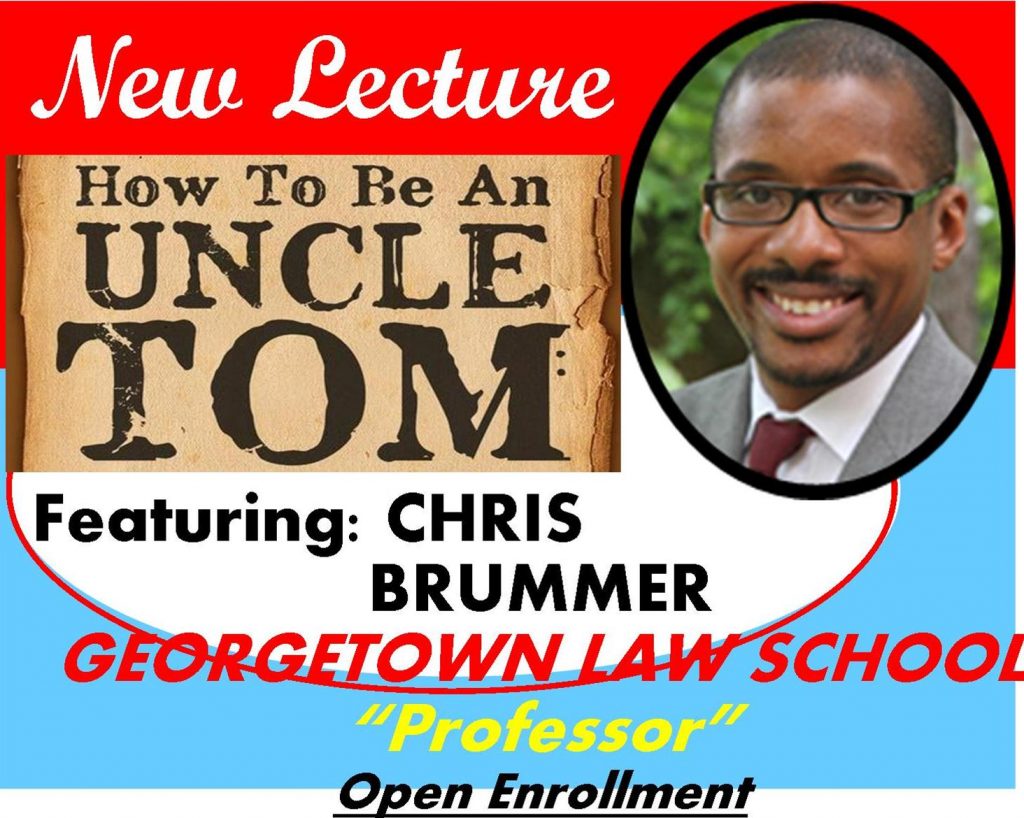 Under the thumb of CHRIS BRUMMER, research shows FINRA’s NAC has ruled in favor of FINRA staff 100% of the time. Has Chris Brummer committed fraud  in a FINRA Kangaroo Court headed by Chris Brummer?  It’s obvious. 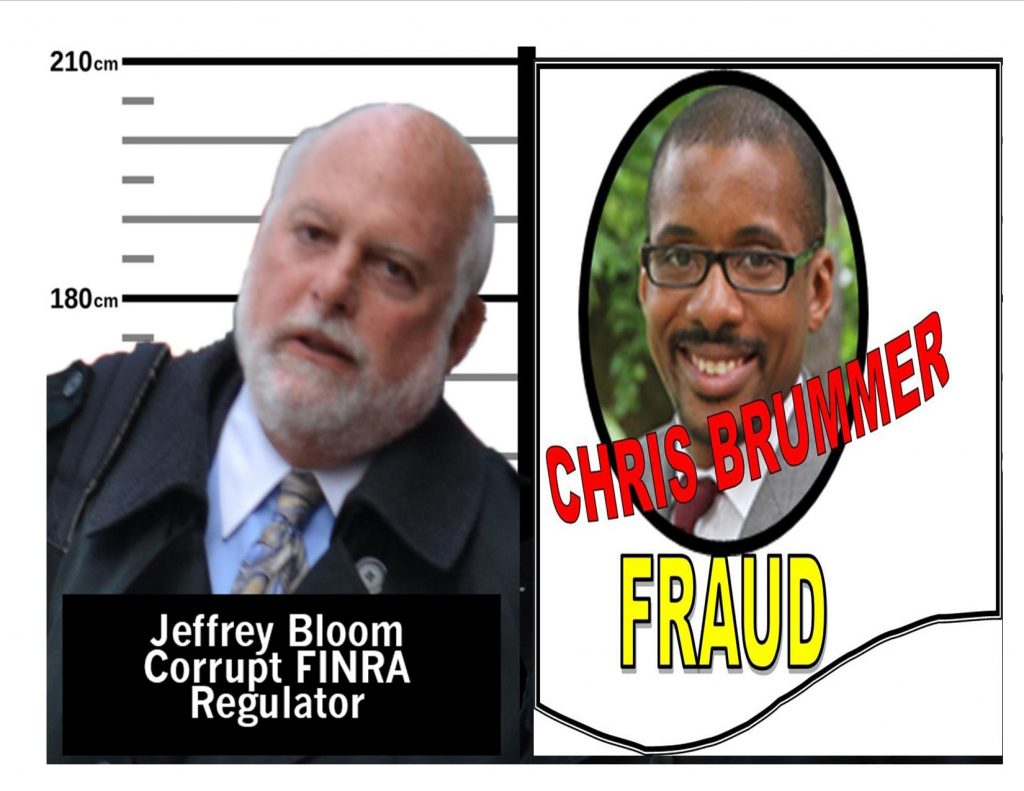 At some point the question has to be asked: When is someone, a group of people or a campaign against FINRA going to curtail or finally put an end to this abuse? How many hard-working brokers will be targeted and taken down by the regulatory body because their crime in FINRA’s eyes is being black? And how many powerful Wall Street women do we have to lose before people begin saying “enough is enough?”

If FINRA can push a well-respected and seasoned 28-year veteran off Wall Street all the way to the Silicon Valley, then the rest of the industry simply doesn’t have a fighting chance against the likes of its Chairman and CEO Rick Ketchum or Alan Lawhead, director of its Appellate Group, or a MICHAEL GARAWSKI, a FINRA bureaucrat that only exists in the shadow — or the blatantly biased regulators Jeffrey Bloom and Robert Morris.

FINRA stinks from top down like anything sick and rotten. These are just a few of the slimy characters spreading their mess all over the Street. It’s about time FINRA’s overregulation and the handcuffing of Wall Street executives is exposed to the light of scrutiny. It might be time to do some serious spring cleaning.